True adventurers and watch enthusiasts can’t get enough of luxury watch brand Richard Mille, founded by Richard Mille in 2001 with the concept of creating ultra-high-end high-tech watches. His timepieces use the most advanced materials, some never before seen in the watch world, and highly sophisticated mechanics. Richard Mille insists that his brand ambassadors (tennis players, golfers, racecar drivers, and more) wear their watches in play – showcasing the fact that they can withstand any forces incurred. The Richard Mille collection runs the gamut from adventure watches, to dive watches and high complications – all with daring colors and three-dimensional architecture. 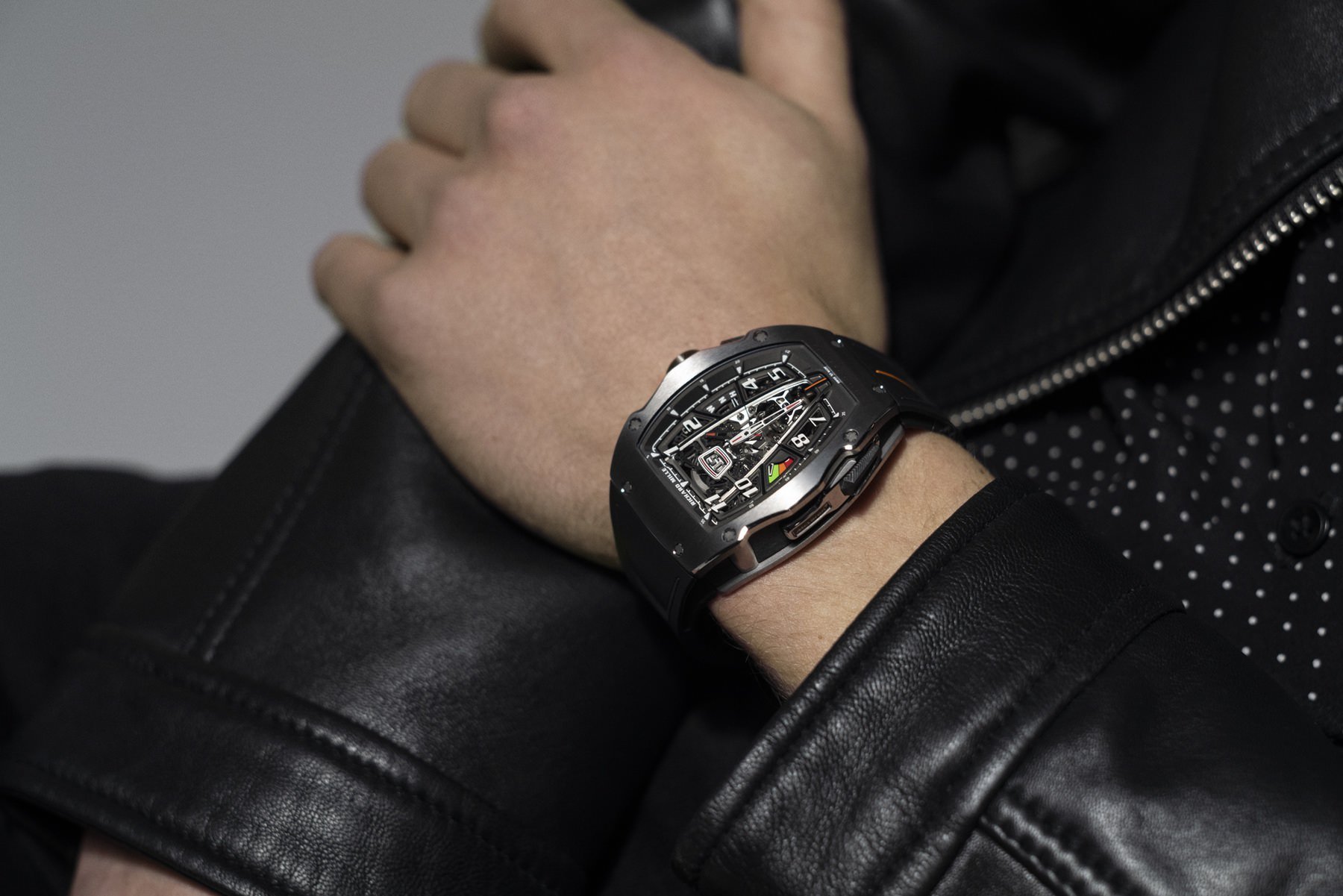 Richard Mille was born in the Var region in Draguignan, France, and attended the Besancon School of Technology. He started his career at a French watchmaking company and, after a few years, became Director of Export for all their wristwatches. By the 1990s, Richard Mille joined Mauboussin, of which he later became President of the watchmaking division. His position allowed him direct involvement in the creative process of watchmaking and access to future friends in the industry, such as movement crafter Audemars Piguet Renaud & Papi.

At the age of 50, Richard Mille had accumulated a wealth of knowledge and decided to go out on his own. He felt that no watch in existence at the time could ever really meet his expectations. Richard Mille aspired to advance watchmaking beyond anything that existed at the time. With a new contemporary approach to watchmaking, he planned to develop one product: the watch of his dreams without regard for what ended up being excessive production costs.

He approached his good friend Dominique Guenat, owner of Montres Valgine, to make his dream come true. The two men had met professionally when Richard Mille was at Mauboussin. They quickly struck up a friendship and agreed to be partners in Richard Mille, the brand. They both shared a passion for automobiles, aeronautics, and all things mechanical.