Founded in Grenchen, Switzerland in 1884 by Leon Breitling, this company is known for its rugged, precision watches that go the distance both on land, in the sea, and in the air. In fact, during the 20th century, Breitling even had a division that built clocks for airplane cockpits. Known as the brand that makes instruments for professionals, Breitling’s most iconic watches include the  Navitimer watch for pilots that features a slide-rule bezel, its SuperOcean watch for divers, and its Emergency watch with built-in dual-frequency emergency beacons that have already been credited with saving lives. 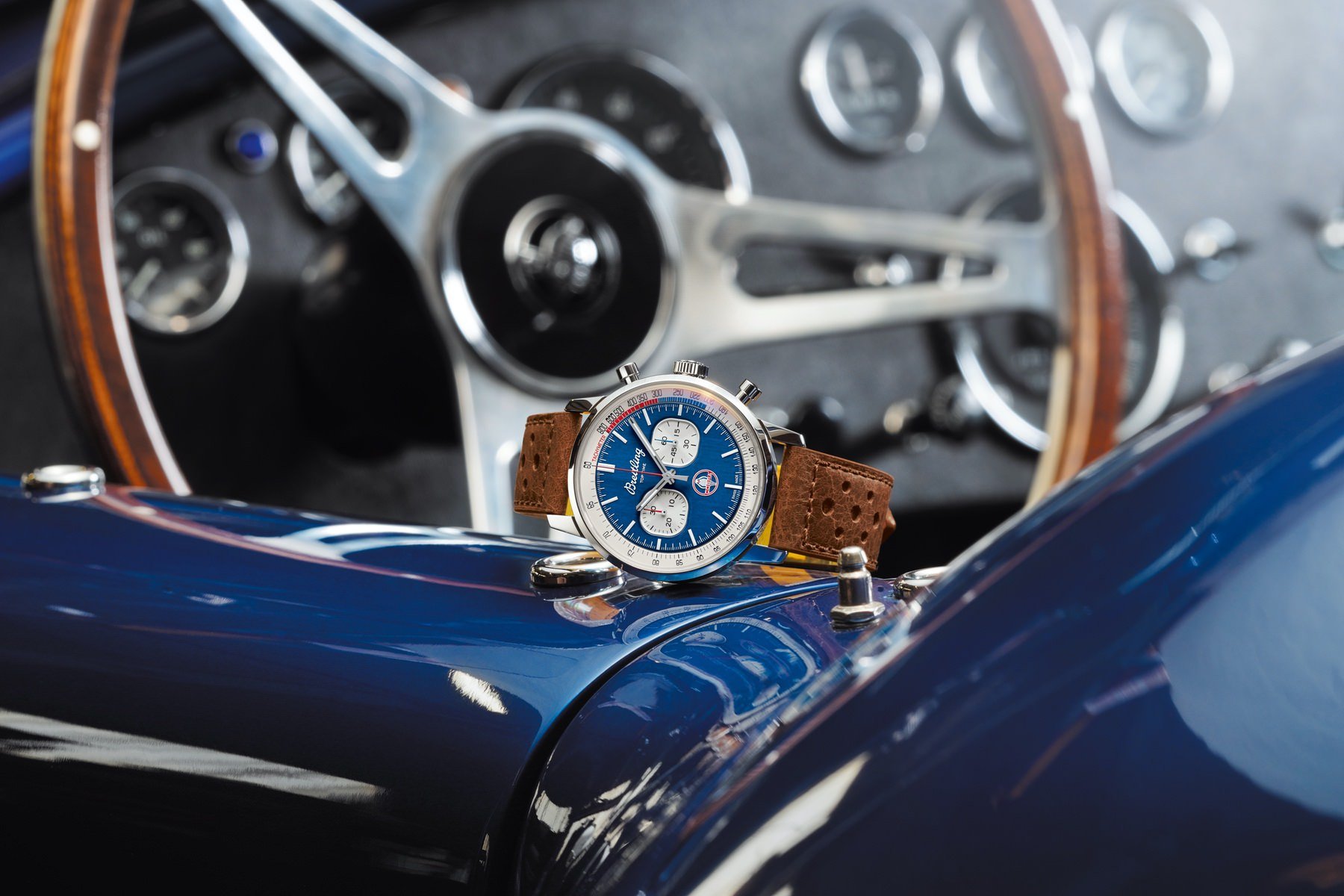 With its roots in Saint-Imier, Switzerland, Breitling is a watchmaker known for producing precision chronometers and pilot watches. Founded in 1884 by Léon Breitling, Breitling has become one of the world’s most respected and recognizable watch companies. Breitling is one of the few manufacturers that does not belong to the three largest watch groups: Swatch, Richemont, and LVMH.

After the death of Léon Breitling, his son Gaston Breitling took over the company. Following the aviation expansion during WWI, he decided to focus on pilot’s watches. Breitling introduced its first chronograph wristwatch with a central second hand and a 30 minute counter in 1915. In 1923 Gaston introduced the first independent chronograph with a separate pusher at 2 o’clock, effectively separating the start and stop functions. In 1932, Gaston left his place as head of the company to his son Willy Breitling.

During the 1940s, Breitling included a sliding calculator on its Chronomat, with three of the most important units for pilots – STAT for standard mileage, KM for kilometers, and NAUT for nautical miles. From 1952 onward, this bezel became most familiar with the launch of the Navitimer, the evolution of the original Chronomat. As the first watch capable of handling all the complex calculations in a flight plan, NASA chose Navitimer as the ideal timepiece for astronauts to wear in space in 1962.

The company survived the quartz crisis in the 1970s, but Willy’s health was declining, and his two sons were too young to take over. As a result, Willy Breitling sold the company to entrepreneur Ernest Schneider, a watchmaker and a pilot. Following the Schneider family’s acquisition, they operated the company until 2017, when the family sold 80 % of the majority stakes to CVC Capital Partners. The following year, in 2018, CVC Capital Partners also purchased the remaining 20 %, gaining total control of Breitling.