Founded in 2005 by Max Busser, who had been a key figure at Harry Winston – creating the now-famed Opus series, MB&F is all about thinking outside the box.  Busser, an engineer by trade, creates his three-dimensional horological machines – most of which are inspired by space travel and other sci-fi like themes – with the help of  “friends.”  Hence the MB&F with F standing for friends. He gives credit to every watchmaker and master mind involved in creating each new horological machine. 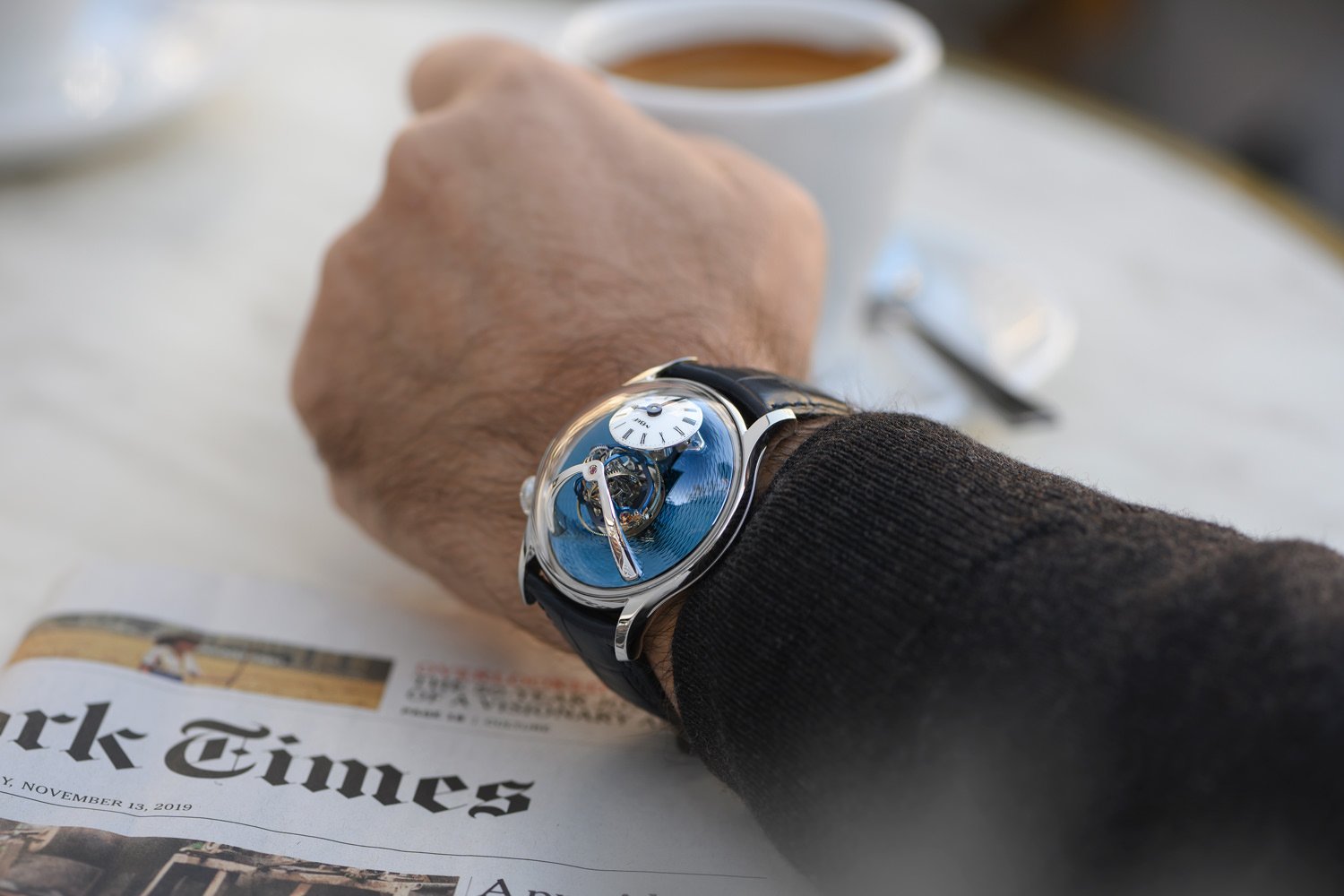 MB&F stands for Max Busser and friends and was founded by Max Busser in 2005. The brand’s concept is to create horological machines that combine traditional watchmaking of the highest craftsmanship with futuristic, fiercely unconventional designs that challenge the way we see the wristwatch. The brand showcases its timepieces through retail stores worldwide and in four M.A.D. (Mechanical Art Devices) galleries that also feature the work of other mechanical artists chosen by MB&F.

Max started his career in watches at Jaeger-LeCoultre. When he left, he became the C.E.O. of Harry Winston Watches. The Harry Winston Opus project, wherein every year the brand works with a different independent watchmaker to create a limited-edition Opus timepiece, was his brainchild.

When Max Busser decided to create his own watch brand, he funded his business by pre-selling watches based on a drawing two years before the first watches would be available. He traveled around the world to convince his future retail partners to join him in his new adventure. Max unveiled his first timepiece or Horological Machine as MB&F referred to them in 2007. The HM1 set the standard for all the Horological Machines that have followed.

MB&F have won the prestigious Grand Prix d’Horlogerie de Genève prize five times- in 2019, the award for Best Ladies Complication went to the LM FlyingT, in 2016, L.M. Perpetual won the Grand Prix for Best Calendar Watch, in 2012, Legacy Machine No.1 won both the Public Prize and the Best Men’s Watch Prize. In 2010, MB&F won Best Concept and Design Watch for the HM4 Thunderbolt and, in 2015, the Red Dot: Best of the Best award – the top prize at the international Red Dot Awards – for the HM6 Space Pirate.