Price upon request
Find a retailer

Backes & Strauss is an official partner of The Watch Pages

Price upon request Find a retailer

The Emperor Tourbillon collection was first launched in 2016 with a limited edition of the Berkeley Emperor Limited Brilliant Tourbillon, one piece in rose gold and one-piece in white gold. The new Berkeley Emperor Titan Tourbillon 45, is, as its name suggests, in brushed titanium, making it much lighter than its predecessors.

The Berkeley Emperor Titan Tourbillon 45 has a bespoke hand-winding skeleton movement. The tourbillon carriage is set in a tailor-made rotating frame decorated by Backes & Strauss’ signature arrows motif, which is inspired by the arrow patterns visible when you view an Ideal Cut diamond from above the crown. The tourbillon carriage does one complete rotation every 60 seconds and is attached to the case at 1,3,5,7,9 and 11 o’clock, each set with specifically cut tapered diamonds. The movement has a power reserve of 72 hours.

The case size is 45 mm with a hybrid shape between a square and an octagonal giving the timepiece a softer look and feel. The central inner frame has a similar shape to the case and a polished diamond is set in profile at twelve o’clock on the outer bridge.

Backes & Strauss is the world’s oldest diamond company, founded in 1789. Today they have expanded to be both a master in diamond-cutting and watchmaking. This new Berkeley Emperor Titan Tourbillon 45 does not have as many diamonds as many other Backes & Strauss models but is set with 8 diamonds, with a total weight of 0.45 carats.

The Berkeley Emperor Titan Tourbillon 45 will be available in very limited numbers and the price is on request. 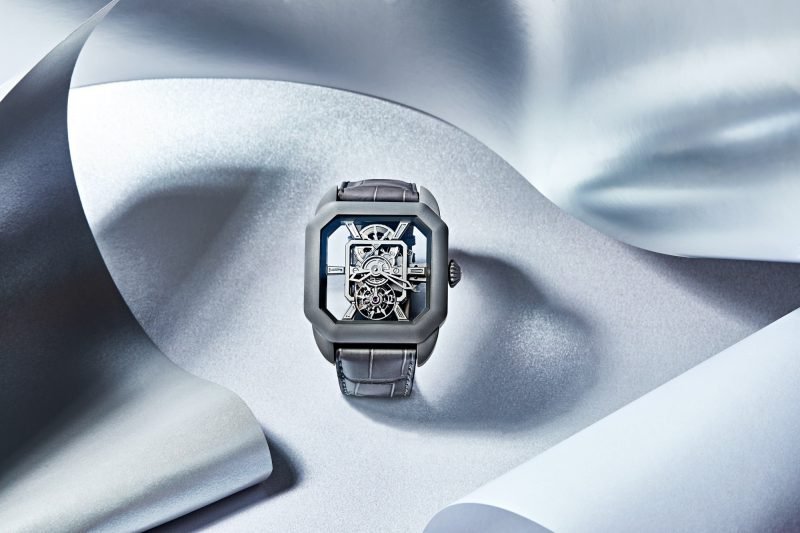