Yesterday, time was frozen under rotating hands. With the Trilobe watch, time starts moving. Three rotating rings are set in motion: the largest ring is for the hours, the middle one for the minutes, and the smallest for the seconds. This movement is made possible by a unique caliber in watchmaking: the X-Centric movement, Trilobe’s signature movement. A new masterpiece is born with no hands and just a little bit of magic! 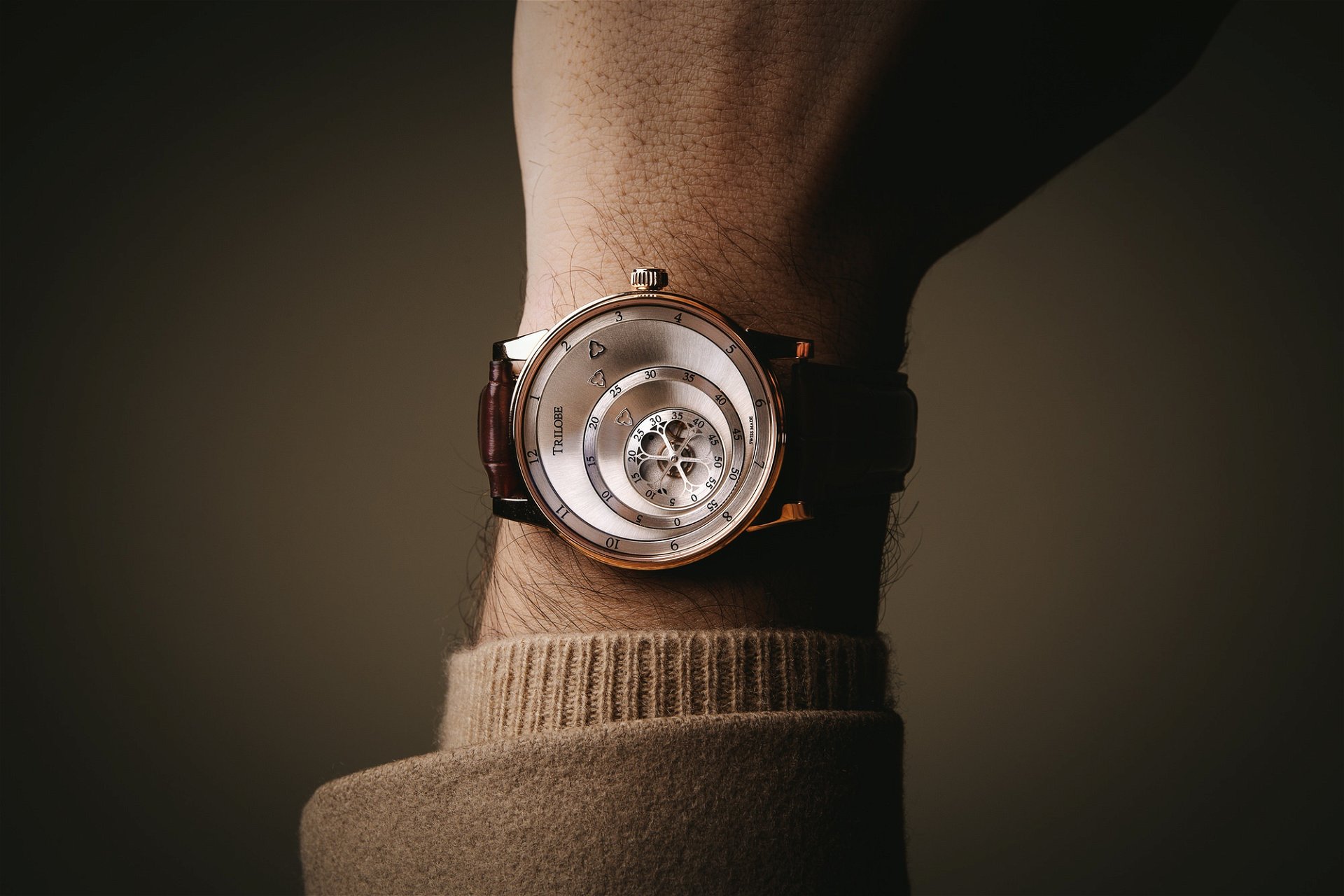 Trilobe is a French watch brand founded by Gautier Massonneau in 2018. However, the crazy adventure already began in 2013 when, at the time of buying his first watch, Gautier Massonneau found himself caught in the middle of a watchmaking paradox: tradition versus innovation. From his observations was born the personal challenge of inventing and creating his own watch. Between rupture and continuity, he aspired to create a timepiece that was not only different from what he had seen but also timeless and classic in its design.

The Trilobe watch saw the light of day because of Gautier’s desire to explore the field of possibilities in the watchmaking industry and look outside the box. It challenges the codes of traditional watchmaking with a new way of both displaying and reading the time. Trilobe watches leave behind preconceived watchmaking notions and does away with the hands that normally tell the time. Time is set in motion while its indicators remain fixed, which is made possible by the X-Centric caliber. Through its creations, Trilobe reflects its affection for the world of arts, whether architectural or literary, and invites constant questioning.