Founded in New York City in 1986 by diamond jewelry designer Jacob Arabo, Jacob & Co. started out as a jeweler to celebrities, rappers, and socialites. His eponymous brand quickly launched into the world of timepieces – introducing unusually shaped world time zone watches, and quickly moving into the realm of three-dimensional works of horology and art. Jacob & Co is equally known for its Grand Complication masterpieces (especially the Twin Turbo and the 3D Astronomia), as well as for its breathtaking high-jeweled beauties. 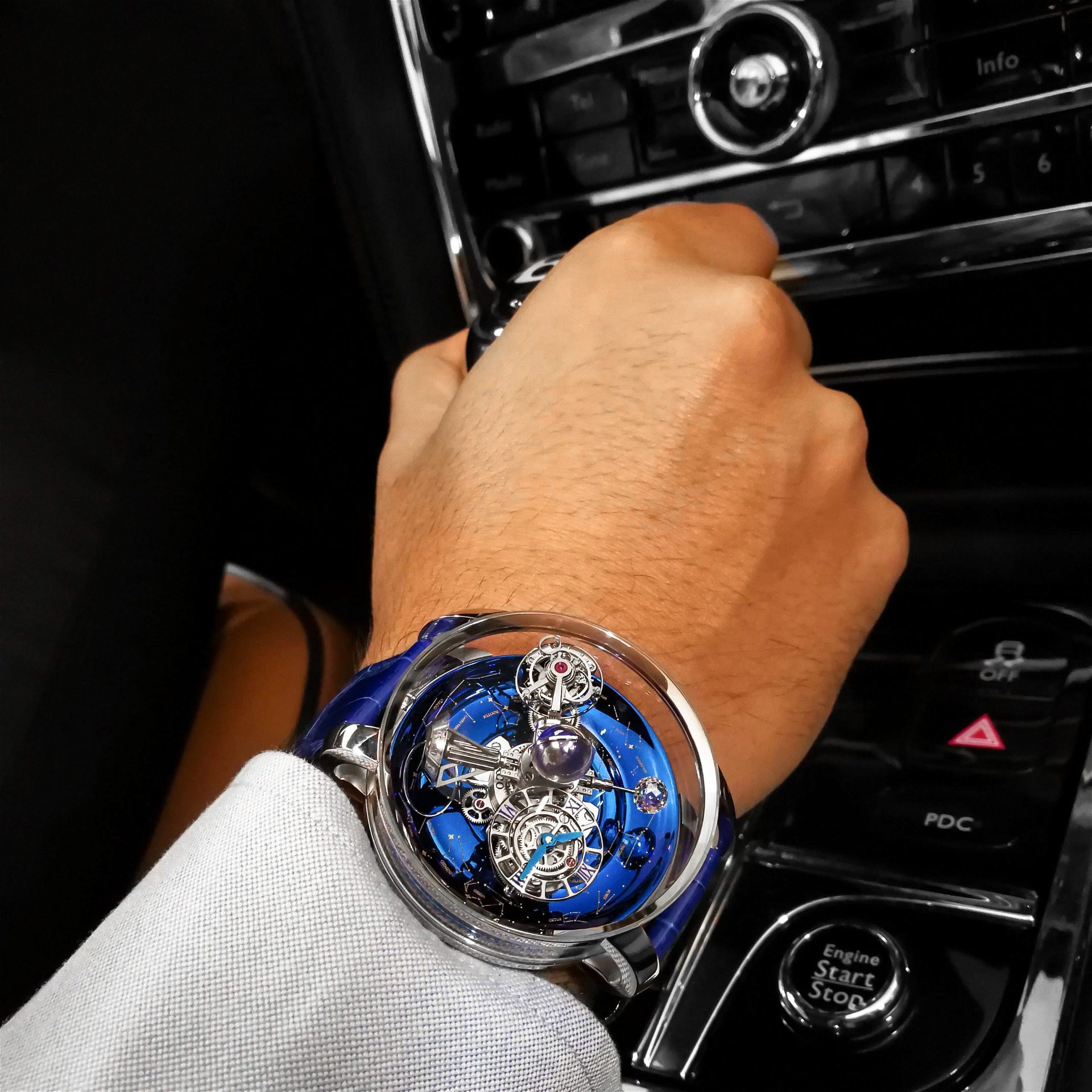 Jacob and Co is an American luxury jewelry and watches company founded in New York City by Jacob Arabo in 1986. Jacob and Co. design timepieces and jewelry that have captured the attention of celebrities and dazzled on fashion’s red carpets and cover shoots. Due to their innovative and spectacular designs, Jacob and Co have become one of the most recognized luxury brands in the timepiece and jewelry industry.

The story behind this brand epitomizes what we call the “American dream.” Jacob and his family immigrated to the United States from Uzbekistan (USSR) in search of a better life. Jacob graduated from a jewelry design course in 1981 and opened a small jewelry booth in New York City’s bustling diamond district. He began creating collections for jewelry brands and private clients. In 1986, Jacob founded “Diamond Quasar” and began designing under the name Jacob & Co.

Jacob and Co made its official entrance into the world of watchmaking in 2002 with the launch of its quartz Five Timezone watch, which offered clients the ability to customize the look of this timepiece with different bezels and straps. Following on its success, Jacob introduced a whole new collection in 2008. This collection featured rare colors and shapes, including rose-cut, heart-shaped, and cushion-shaped diamonds, as well as the much-coveted emerald-cut stone.

In 2009, the brand launched its first high-watchmaking timepiece, the “Quentin” watch, with a 31-day power reserve, seven mainspring barrels, and a vertical, side-mounted band tourbillon. In 2014 Jacob & Co. unveiled the revolutionary collection, the ‘Astronomia,” which featured an exposed vertical movement with four arms: one arm a magnesium globe, one arm a Jacob cut diamond, and two arms powered by two triple-axis gravitational tourbillons. The Astronomia astonished the watch industry.

Over the years, Jacob & Co. has established a unique niche in fine jewelry and high watchmaking, continuing to create the impossible. All along the way, Jacob & Co. has been a favorite with celebrities with his watches and jewelry worn by pretty much every name under the sun!