Next week, on Monday, June 8, we celebrate World Oceans Day. It is a day designed to pay tribute to the waters that cover most of our planet, and to the sea life within them. In more than 200 countries around the world, people are working to clean up the beaches, and to raise awareness of ocean conservation. Many are doing so despite COVID-19. It is an important effort that needs to be at the forefront every day of the year because as ocean temperatures rise and waters become more acidic thanks to carbon dioxide levels, the sea life is suffering. 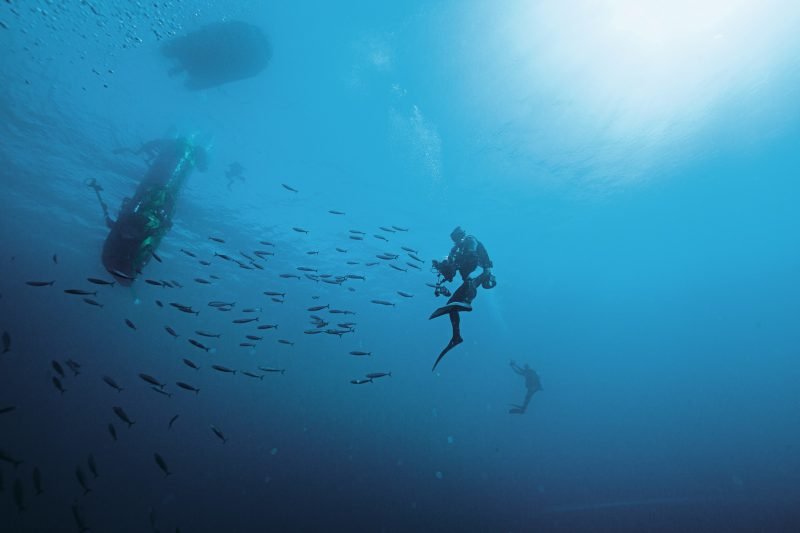 Thankfully, ethical watch brands have become supporters of the cause. Brands big and small are forming partnerships with different organizations aimed at saving the oceans or sea life. Others are sponsoring sustainability and exploration projects that study the ocean environment and provide scientists with vital data to better understand the changes taking place in our oceans.  Most of these brands produce special watches wherein a portion of the proceeds go to help the cause, and they all offer top-notch water watches. Here, we take a look at 10 top watch brands dedicated to helping save the oceans.

Swiss watch brand Blancpain has been funding scientific expeditions for years now, in its efforts to protect the oceans. The company formed the Blancpain Ocean Commitment, an umbrella under which all of its ocean preservation efforts come together. The brand, which creates the legendary Fifty Fathoms dive watch, works closely with divers, explorers, and environmentalists in its sustainable mission.

Among its many exploration initiatives, is the Pristine Seas Expeditions, the Gombessa Project, and more. The brand supports underwater scientist and photographer Laurent Ballesta, as he studies and photographs the bottom-dwelling 6-foot-long sea creature known as the Coelacanth or Gombessa. Thus far, Blancpain has funded three separate expeditions to study the creature with a backbone. The brand has also embarked on many different preservation efforts, including a scientific expedition to the Seychelles Outer Islands, and has even produced documentary films, such as the Pangatalan: Rebirth of an Island documentary that traces the work of the Sulubaai Environmental Foundation to restore the natural resources of the Palawan Island.  Blancpain is also a co-founder of the World Ocean Summit.

Breguet is the main partner for the Race for Water Foundation, which is committed to preserving water and cleaning our oceans. According to the foundation, which has entered a multi-year partnership with Breguet, more than 80 percent of the pollution in the oceans is plastic. As such, the Foundation, begun 10 years ago, created the Odyssey project to assess the plastic pollution around the globe. By sailing around the world over the course of five years and making different stops along the way to educate the public about the hazards of dumping plastic in the oceans, the Foundation hopes to change behavior. The boat is a mixed solar-hydrogen-kite powered vessel that underscores the organization’s commitment to sustainable solutions. The Breguet brand name appears on the kite high in the sky. Even with COVID-19, the Race for Water boat continues its journey but is altering its scheduled stopovers and is adhering to all of the safety directives imposed by the different governments.

The Ocean Conservancy works to create solutions to ocean pollution and its effects on ocean creatures. For several years, Breitling has not only supported the Ocean Conservancy but, since last year, also creates the Breitling Superocean Heritage Ocean Conservancy watch that celebrates their shared commitment to a clean ocean.  Portions of the proceeds of the sales of this watch are donated to the cause. However, Breitling does so much more and has even participated in the Conservancy’s cleanup programs. In fact, last year the brand brought 100 guests to Bali for a massive cleanup in cooperation with Ocean Conservancy.

Taking a bit of a different tact, Carl F. Bucherer opts to try to save endangered water species and supports the Manta Trust. The Trust tracks the Manta Rays, and Carl F. Bucherer has financed satellite trackers to monitor the mantas in the Pacific Ocean. Carl F. Bucherer creates special versions of the ScubaTec that are dedicated to the cause.

For more than a decade, IWC has partnered with the Charles Darwin Foundation in its fight to help preserve the eco-system of the Galapagos Islands. In fact, hundreds of scientists and researchers work on the island of Sant Cruz in the Galapagos to protect and preserve the waters, the birds, and the flora and fauna. IWC supports the ongoing research of the Foundation via funding and the donation of a portion of the proceeds from sales of its specially designated Aquatimer watches. IWC also is a supporter of the Cousteau Society that is dedicated to protecting marine life.

It was almost 10 years ago, in 2011, that Omega teamed with the GoodPlanet Foundation in efforts to raise awareness about ocean preservation. It helps with funding of studies and by donating a portion of the proceeds from sales of specially made Planet Ocean watches. Those proceeds work across a host of different projects, including saving the seagrass in Southeast Asia more. Additionally, Omega’s partnerships with GoodPlanet and its founder Yann Arthus-Bertrand has led to the creation of an award-winning documentary called Planet Ocean, and to a new collaboration, “Time for the Planet.” 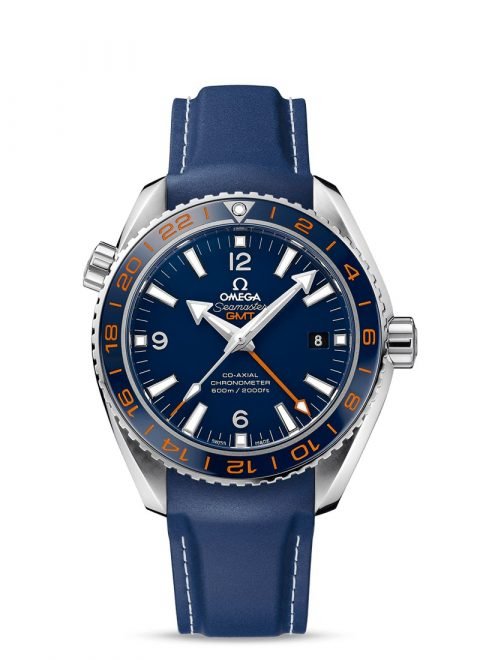 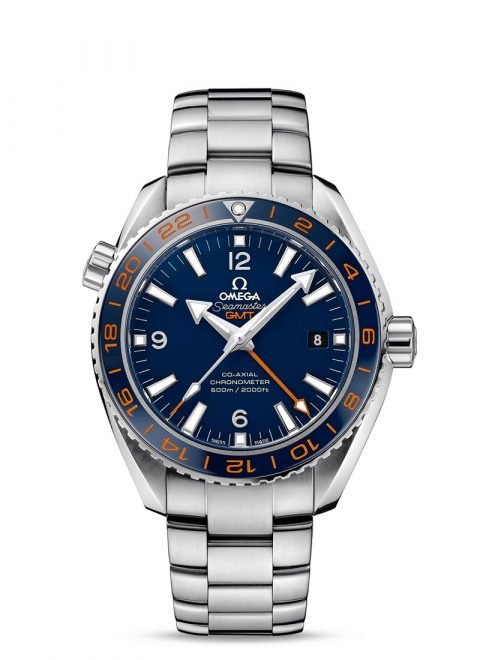 Independent watch brand Oris has gotten involved in many research and sustainable projects. Just recently, it announced support of the studies going on at Lake Baikal, Siberia’s largest freshwater lake. Oris has created a Lake Baikal Limited Edition watch wherein a portion of the proceeds go to the conservation and research efforts at the 25-million-year-old lake that holds about 20 percent of the world’s freshwater. Additionally, the brand supports the Florida-based Coral Restoration Foundation, which is working to replant coral reefs, which have been decimated in some parts of the world.  Oris also sponsors the Clipperton Expedition, designed to clean up one of the world’s most polluted atolls. A portion of the sale of its specially made watches for each of these causes also helps. Oris is regularly getting involved in different causes to save our oceans.

Another brand with so many involvements in sustainability and ocean preservation that it is difficult to name them all, Rolex regularly supports scientific expeditions. The association with the waters makes sense since Rolex was the first brand to create a water resistant watch in 1927.  Among the brand’s many efforts is its support of James Cameron’s DeepSea Challenger submersible expeditions, where he went to the bottom of the sea to collect ocean floor samples for study.  Rolex also partners with National Geographic to raise awareness of the challenges Earth faces when it comes to conservation. The brand also created its own Rolex Awards for Enterprise to fund scientists and explorers with sustainable efforts.

Japanese watch brand Seiko also has a hand in saving the oceans. The brand creates its Seiko Save the Ocean watches, including the Seiko Prospex Save the Ocean series, wherein a portion of the proceeds from sales benefit conservation initiatives with a host of institutions dedicated to raising awareness of the dire threats to the oceans and to finding solutions to protect the waters.

The creative Swiss brand that uses sharks in its advertisements – with sharks swimming around buildings in New York City and other big cities – is supporting a study of the ecosystem of blue sharks in the Atlantic Ocean. An endangered species, blue sharks are the subject of a study being conducted by the marine research center of Azores University. Ulysse Nardin is sponsoring that study that helps tag and track sharks with non-invasive pop-up biologging sensors. Ulysse Nardin works with brand ambassador and freediver (and photographer) Fred Buyle on this project.